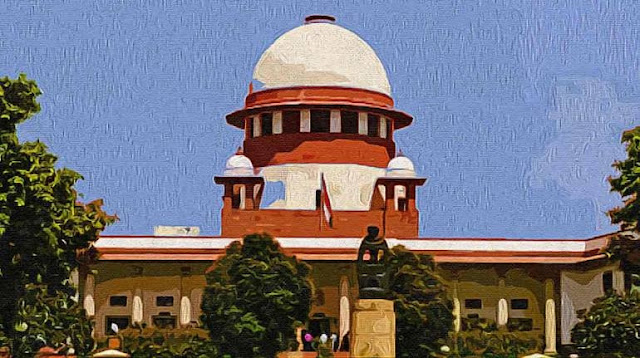 INDIA NEWS - The Supreme Court has bluntly told WhatsApp and Facebook that your company will be worth millions of dollars, but the value of people's privacy is much more valuable than that. Give WhatsApp in writing that the messages of people are not read here. At the same time, WhatsApp clarified that its messages are not read here. The company has also said to give an affidavit for this. The case is a privacy policy of WhatsApp.

The Supreme Court was hearing the same policy on Monday. A bench headed by CJI SA Bobde issued notices to the central government, WhatsApp and Facebook seeking answers in four weeks. Let me tell you, the hearing is going on in the Supreme Court on the petition of two students.

Company will be worth billions, people's privacy is more valuable, Core

WhatsApp, Facebook's lawyers are Kapil Sibal, Mukul Rohatgi and Arvind Datar and the government is being advocated by Solicitor General Tushar Mehta and the petitioner's Shyam Divan.

Parliamentary committee may submit draft of privacy law by 15 March

According to information received by the World News superfast, the second part of the current budget session of Parliament will start from March 8, it may come with a privacy bill. The Joint Parliamentary Committee considering the Personal Data Protection Bill will submit the report to Parliament by 15 March. Committee Chairman Meenakshi Lekhi said- '89 amendments and a new provision have been added to the bill.'

Do not read the messages of people, please write this: Supreme Core

There will be no compromise with the privacy of the people

{Divan: It is not clear yet when the data law will come in the country. Stop the new WhatsApp policy from being implemented to protect privacy.

{CJI: We agree with you. We are now also issuing notices to the Central Government, WhatsApp and Facebook.

{Sibal: WhatsApp's new policy is also applicable in other parts of the world. There is a special law on privacy in Europe, if Parliament (Indian) makes such a law, we will follow it.

{CJI: You file us the answer in writing on this.

{Sibal: A similar case is still going on in the Delhi High Court.

{CJI: When the matter is in the Supreme Court, how can the High Court see it? People are worried about their privacy. It is a general belief that the messages they make to A or B can be shared with Facebook.

{Datar: Not so. WhatsApp messages are encrypted to the end. Even WhatsApp can't see it. We can give an affidavit for this.

{CJI: Write in writing that your people's messages are not read here.

European data is clear which data, in which case the share will be

According to information received by the World News superfast, General Data Protection Regulation is the strongest law in countries like Europe, France, Germany. The law clearly defines which data can be shared in which case. For example, the age of using WhatsApp in Europe is 16 years and in our country 13 years.

If permission is not given, then the company is bound to be fined

Violations of this law in Europe impose fines equal to 4% of the annual global turnover on a social site company. In 2018, the UK government was fined £ 5 million by the UK government in the Cambridge Analytica case. Similarly, Germany imposed a fine of £ 2 million on 2 July 2019 in the case of heatspeech.