INDIA NEWS - According to information received by World News superfast, there was a big accident on Tuesday morning in Sidhi of Madhya Pradesh. A bus filled with 54 passengers fell into the Bansagar canal. So far 42 bodies have been found. 6 people were saved. The driver himself swam out. He has been detained. Authorities have feared the death toll to be over 45. There has also been talk of some bodies being washed away. 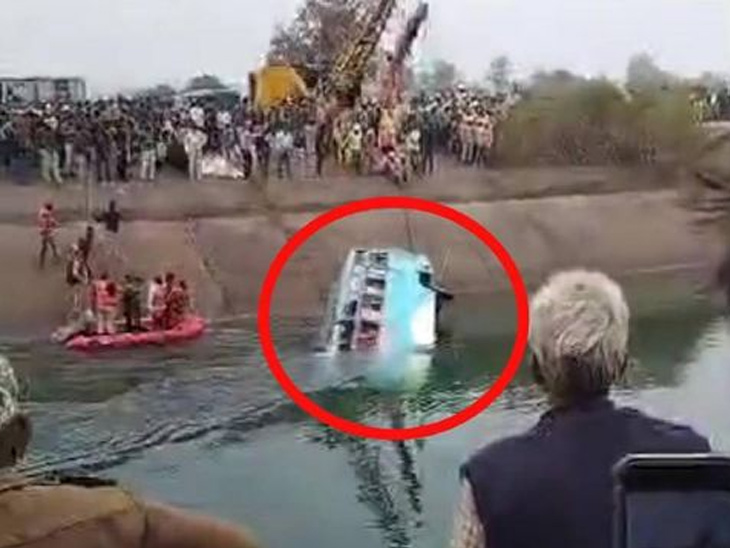 The bus was going straight to Satna

The accident occurred in Naikin area of ​​Rampur at around 7.30 am. Four hours after the accident, the bus was ejected with the help of a crane at 11.45 am. The depth of the canal is reported to be 20 to 22 feet. The moment the accident happened, the flow was fast, so the passengers did not get a chance to recover. 12 students were also among the dead.

The driver was taking the bus through a narrow path

According to information received by World News superfast, according to the police, 32 people could be seated in the bus, but 54 passengers were filled in it.

The bus was supposed to go to Satna via Chuhiya valley on a direct route, but because of the jam here, the driver changed the route. He was taking a bus from the bank of the canal. This path is quite narrow. During this time the driver lost control.

SDRF and team of divers engaged in rescue

According to information received by World News superfast, the team of State Disaster Response Force (SDRF) has engaged in the rescue operation. Divers are also present. Due to the rapid flow of water in the canal, the rescue team had to wait for the water level to come down.

It is feared that people may have drifted far away from the spot due to the strong currents. At present, canal water has been stopped from Bansagar Dam. To reduce the water level of the canal, its water is being sent to Sihaval Canal.