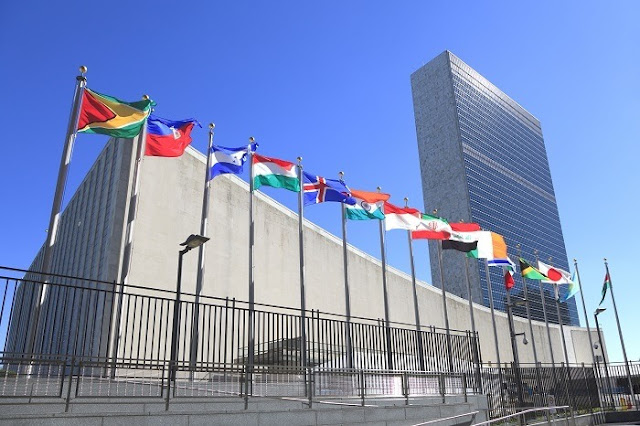 UN News - According to information received by World News superfast, Indian-origin aspirant Arora has claimed for the post of general secretary in the United Nations. Akanksha, 34, holds the position of Audit Coordinator in the United Nation Development Program (UNDP). He is the first candidate to announce a claim against UN Secretary General Antonio Guterres. Guterres has already announced his candidacy for his second term.

Posted a two and a half minute campaign video

Akanksha shared a two and a half minute campaign video on 9 February. In this, she is saying that people with me do not claim for such a position. We wait for our turn. Do not want to get anything. Go to work Bow their head, and adopt the ways of the world.

In the video, Akanksha is seen inside the UN headquarters. In this video, a voice-over is also playing in his voice. In this, she is saying that all those who have come before them have failed with the UN accountability.

As per information received by World News superfast, it has been 75 years, Akanksha is saying, but UN has not fulfilled the promises made to the world. Refuges are not safe. Humanitarian aid is not enough. Innovation and technology have also become outdated. We want a progressive UN. That is why I have claimed for this post. Akanksha said that the UN would rather serve the people than serve the leaders. It is time for the new UN. Nothing is impossible.

Who is Akanksha Arora

According to information received by World News superfast, Akanksha was born in India. He holds citizenship of India and Canada. He graduated from York University of Toronto with Administrative Studies. He did a master's in public administration from Columbia University. His job at UN is to create financial rules and regulations. He also has the responsibility of overseeing UNDP internal and external audits.

Guterres' term is to end in December

The tenure of the UN Chief is 5 years. On 31 December 2021, the term of the current General Secretary Antonio Guterres will end. On 1 January 2017, he became the 9th General Secretary of the UN. So far, not a single woman has held the post of UN Secretary in 75 years of history.

According to information received by World News superfast, General Secretary spokesman Stephen Dujarik has not said anything on the aspiration claim. He informed that the General Assembly appoints the General Secretary on the recommendation of the Security Council. At the same time, Brendan Varma, spokesman of UN General Assembly President Volkan Bojkir, said on the aspiration claim that the issue has not been formally discussed yet.