FASTag System Start In India, Those Who Don't Have To Be Paid Double 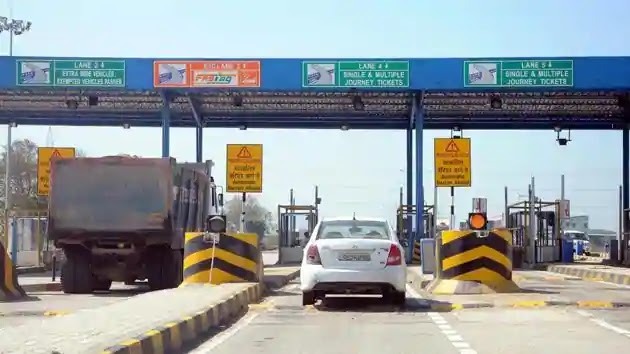 India News - According to information received by World News superfast, from midnight of 15 and 16 February all the lines of the toll plaza will be diverted to Fastag lane. If a vehicle passes the toll without a fastag, it will have to pay a penalty double the fee fixed for its category.

New Delhi. Cash payment at the toll plaza is going to end after midnight of 15th February. The Ministry of Road and Transport has informed about this today. At the same time, Union Minister Nitin Gadkari made it clear that there will be no more relief in these rules. That is, if you do not have Fastag for any reason or if Fastag is not working, then you will have to pay double penalty.

What are the new rules

• The Ministry has written in its order that from midnight of 15 and 16 February all the lines of the toll plaza will be diverted to Fastag lane.

• If a vehicle passes the toll without a fastag or with a fastg which is not valid, then he will have to pay a penalty twice the fee fixed for his category.

How will the system work

Vehicles on the plaza will have to leave at a slower speed, the system will open the barrier by reading the tag. If the system cannot read the tag, then the employee there will scan the tag and clear the way. However, if Fastag is not done or is not working, the employee will charge double the money from you.

How to avoid penalty

• You must have a fastag to avoid fines. Without Fastag you will not be able to escape the fine.

• Fastag can be purchased both online or offline. You can buy FAStag from bank to e-commerce platform and through special center.

• There are also many options to recharge it if there is no cash in Fastag. According to the government, even at toll plazas, drivers can recharge their fastag within minutes.

Along with this, online recharge can be done through the bank from which Fastag has been taken.

Fastag can be linked to a bank account or a Paytm wallet.