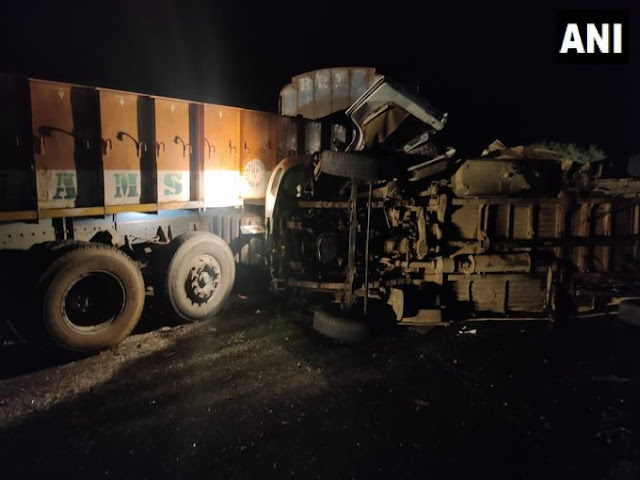 Police said that the victims of Gaya road accident were going from Madanapalle area of ​​Chittoor district to Ajmer in Rajasthan.

According to locals, the driver of the mini bus lost its balance with the vehicle

According to information received by the World News superfast, the truck hit the other side of the road. The accident happened around 3 to 3.30 pm. Of the 14 people killed in the accident, 8 are women, 5 are men and one is a child, while 2 of the 4 injured are children.

Police reached the scene of the incident on the basis of the accident and the police got the injured admitted to the government hospital in Kurnool.

According to doctors, the condition of the injured is critical

According to information received by the World News superfast, after the accident, the police had to struggle hard to get the dead body in the vehicle. The police will investigate about what happened due to the accident.

The national highway was jammed after the accident. After clearing the truck and mini bus to the side, police cleared the traffic. Andhra Pradesh Chief Minister YS Jaganmohan Reddy expressed deep sorrow for the loss of human life in a road accident.